Margin issues have been increasingly in focus in 2020 as derivatives clearinghouses have raised collateral requirements in response to the spike in market volatility. This trend has intensified interest among large banks in new methods for optimizing their margin obligations.

Until this year, the main focus was on uncleared derivatives, with the goal of reducing the amount of collateral that dealer banks are required to post for those products. But the sudden surge in clearinghouse margin requirements this spring, combined with the longer-term trend towards greater use of central clearing, has sparked new interest in services that can optimize margin across both cleared and uncleared derivatives.

One service provider bridging this gap is Quantile, a London-based company formed in 2015 by two former Morgan Stanley executives. Quantile has run a compression service since 2017 that allows banks to reduce the overall size and risk of their outstanding over-the-counter positions. Quantile also runs an initial margin optimization service for rates, foreign exchange and equities and in May it added cleared interest rate swaps to this service.

By adding cleared swaps, Quantile can help its clients move some of their risk into a clearinghouse, thereby reducing their bilateral exposures to other dealers. This allows them to hold risk more efficiently, explained Andrew Williams, CEO and co-founder of Quantile. It also allows them to reduce their overall exposures by netting out offsetting positions.

“This is a very important mechanism and certainly one that we see as critical going forward,” said Williams. “Where we can, we’re looking to move risk or net positions into the clearinghouses, where it can be held more efficiently.”

Williams explained that when the firm runs its optimization service for interest rate swaps, participating banks submit a file containing their risk positions, and Quantile runs an analysis to identify trades that can reduce their initial margin requirements without changing their market risk exposures. The resulting optimization proposal is then validated and accepted by the banks and the execution of new trades is fully automated via MarkitWire, an electronic trade capture and confirmation platform widely used in the swaps markets.

Fourteen banks participated in the optimization run that Quantile did in May, and four of those banks used the new functionality to execute interest rate swaps that were cleared through LCH’s SwapClear service. Williams said several other banks are in the process of onboarding the new functionality, and he expects participation to rise as the banks recognize the potential benefits.

“At the end of the day, if a bank has a certain amount of risk exposure they will be subject to margin requirements,” he said. “What you want to avoid is inefficient margining, either because you have ups and downs in lots of different places, or because the way you hold risk makes it less efficient than it could be. We’re working with banks on this theme – understanding their risk and helping to rebalance that risk to reach a more optimal steady state, that is closer to their true net position.”

Quantile is not alone in providing margin optimization and compression services. TriOptima, now a subsidiary of CME through its acquisition of NEX Group in 2018, was the original leader in this space, having been founded in 2001. Capitalab, a division of interdealer broker BGC that was set up in 2015, offers compression and initial margin optimization services for interest rate and FX products. And Cassini Systems, which was founded in 2014, provides a platform for analyzing margin and collateral costs and identifying ways to optimize trading strategies.

What all of these companies have in common is that they are providing high-tech tools in response to structural changes in the OTC derivatives markets. Increased capital requirements for derivatives exposures, the implementation of margin requirements for uncleared trades, and the greater use of central clearing have focused attention on the need to reduce funding costs and use capital more efficiently.

Most of Quantile’s existing clients are major international banks that were covered by the first phase of the uncleared margin requirements (UMR) which took effect in 2016. But Williams said he is seeing more interest in the wider market for three reasons.

First, as the implementation of UMR continues, a wider range of firms will become subject to margin requirements on their uncleared positions, giving them more incentive to optimize that margin. Second, the addition of cleared swaps to the service will attract firms that have a bigger footprint in the cleared side of the market. And third, the recent spike in clearinghouse margin requirements has caused firms to take a sharper look at that side of their business.

“In the last couple of months, the CCP IM has become a focus point for more of our clients,” said Williams. “They are asking us lots of questions about what we can do to help them better manage their positions.”

The service is not for everyone, of course, since it is impossible for a firm to zero-out risk when its portfolio is intentionally one-sided. But firms such as hedge funds and market makers that have diverse portfolios with positions on both sides of the market can benefit from this approach to reducing counterparty risk and associated margin requirements, Williams said.

The firm is also working to expand the range of clearinghouses. Williams explained that LCH was “the logical first place to go” because the firm’s target clients in the dealer community hold a significant portion of their outstanding OTC positions at that clearinghouse. But other CCPs such as CME Clearing, Eurex Clearing, and the Japan Securities Clearing Corporation are important players, especially in the clearing of interest rate swaps.

“In rates we will certainly add more CCPs because banks do have exposure to more than just LCH,” he said. Not only will that give clients more ways to move risk from uncleared to cleared, but it will also allow them to rebalance their positions between CCPs, he added.

Listed derivatives on the horizon

The next frontier for Quantile is the listed futures and options markets. For example, Quantile currently uses equity total return swaps to rebalance equity risk between counterparties. Williams said an alternative approach would be to use total return futures, an exchange-traded and centrally cleared version of TRS. Similarly, in the interest rates asset class, the firm could help clients move some of their uncleared positions into listed contracts.

“When I think about our service, which is designed to reduce gross exposure to net exposure and to find the most efficient place to hold net risk positions, most of our focus at the moment is to decrease uncleared exposure and move some of that to cleared. But in the future we see a lot of potential in the listed market,” said Williams. “Though the service started in uncleared and is connecting to cleared, it will and should include listed as well.”

Quantile was co-founded in 2015 by Williams and Stephen O’Connor, who both spent around 20 years working at Morgan Stanley in senior risk and clearing positions. Williams formerly managed the bank’s CVA/XVA trading desk, which was responsible for managing risk in its OTC derivatives positions. O’Connor’s roles included global head of counterparty portfolio management and global head of client clearing.

As Quantile continues to grow, it is working on plans to expand beyond its current London and U.S. operations. The company, which now has more than 60 employees, is in the process of opening an office in Amsterdam as a springboard for its EU business post-Brexit, and it is eyeing a location in Asia in the near future. In 2017, Quantile participated in FIA’s Innovator’s Pavilion, an annual showcase for fintech startups. Quantile is self-funded, with a minority investment from U.K. software company First Derivatives. To learn more, visit www.quantile.com

Discover the Quantile difference by joining our next monthly cleared interest rates optimisation run.
GET IN TOUCH 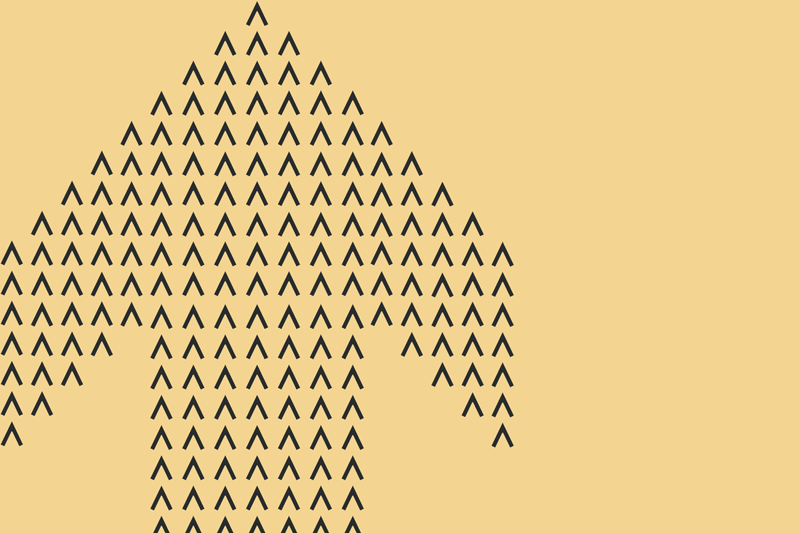 Quantile compresses over $4.6 trillion in a single EUR run, a new record 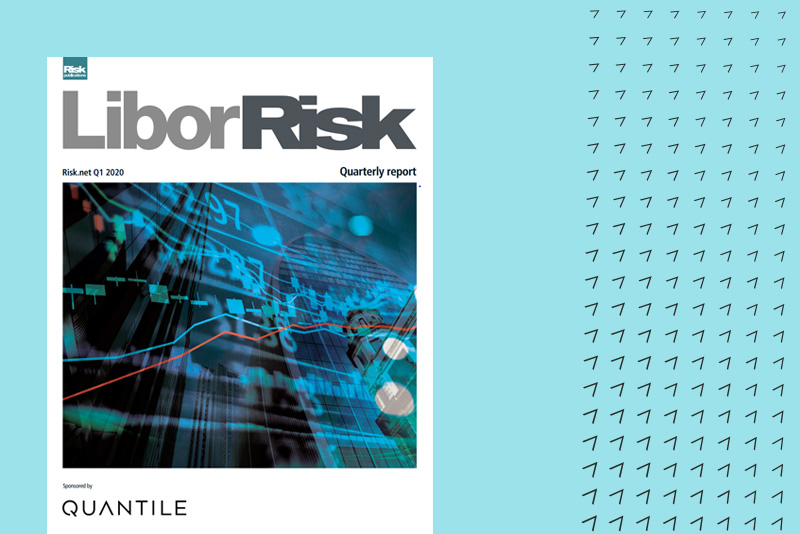 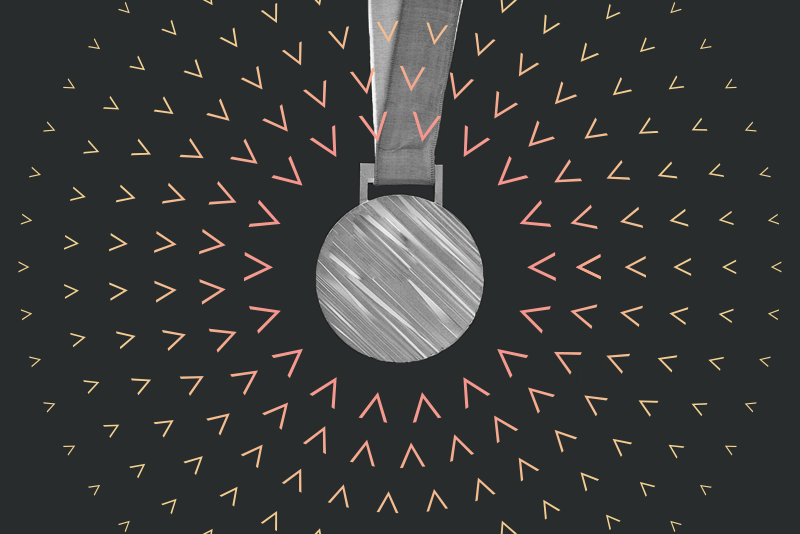